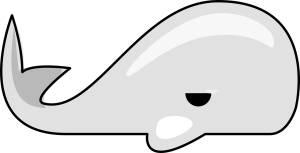 The treatment of cetaceans (whales, dolphins and porpoises) arouses strong emotions, as evidenced by the film Blackfish, the story of Tilikum, literally the killer whale, or The Cove, the film that turned the spotlight on Japan’s bloody annual dolphin hunt. The welfare of whales (orcas, belugas and others) is a big issue in the part of the world where I live, the west coast of Canada, aka the Pacific Northwest. A major institution involved with aquatic species in this region is the Vancouver Aquarium, a world-class zoo and research facility which, since 1996, has not held wild caught whales and dolphins except for those undergoing rehabilitation for subsequent release. In line with a growing international movement exemplified by NGOs such as WDC (Whale and Dolphin Conservation) that oppose the captivity of cetaceans for entertainment purposes, the Aquarium has been under increasing public pressure to also cease its whale-breeding program. But wait—isn’t this a copyright blog? What do whales have to do with copyright? Read on.

On February 15, the Vancouver Aquarium filed a civil suit in the British Columbia Supreme Court against Gary Charbonneau, the producer of the film “Vancouver Aquarium Uncovered” and Charbonneau’s company, Evotion Films, for copyright violation. At issue is the use of copyrighted material owned by the Aquarium and available on its website and blog including film footage authorized by the Aquarium to appear on Youtube. This footage is incorporated into the film Charbonneau produced which is highly critical of the Aquarium’s cetacean breeding and captivity policies. In the introduction to his film, Charbonneau calls the Aquarium’s policies “appalling and shameful”, which gives you a good idea of his editorial slant. The Aquarium knew that Charbonneau was making a film on the institution’s research program and granted him permission to film interviews for an hour on April 28, 2015, provided that the film would not be used for commercial purposes. Charbonneau is using the film on his website to raise money through crowdfunding, with payments going to Evotion Films. The film was available on Youtube and Vimeo, although it appears to have since been taken down on Vimeo. Not surprisingly, the Aquarium disagrees with the film’s conclusions and has posted a lengthy rebuttal.

The issue might have remained one of contested investigative journalism were it not for the “smoking gun” of alleged copyright violation. The Aquarium has accused the defendant of “reprehensible, insulting, high-handed, spiteful, malicious and oppressive conduct” and has asked for special and punitive damages as well as for an injunction restraining the publication of the film on Youtube, Vimeo, Charbonneau’s own website and other public locations. In response, Charbonneau has reportedly cited a “fair use” defence saying he credited the source of the footage and used it for educational purposes.

Apart from the fact that Canada does not subscribe to a US-style fair use doctrine but like the rest of the Commonwealth uses more limited fair dealing exceptions (although in recent years this has been given a more expansive interpretation by the Canadian courts), the educational exception that Charbonneau is apparently relying on is, at the very least, questionable in this case. A new specific fair dealing exception for educational purposes was introduced in the Copyright Modernization Act (Bill C-11) in 2012. Although not without its problems (I will be writing more on this in a future blog), the exception is nonetheless subject to a number of factors (including the amount and purpose of the dealing) that determine if the dealing is fair, while many of its provisions—although likely not the ones at issue in this case– are restricted to non-profit educational institutions. Moreover, where there are specific limitations on copying and use, such as the terms of use of a website that clearly prohibit the act, a fair dealing defence may not prevail. The Vancouver Aquarium has very clear terms of use posted on its website which state, among other conditions, that “unless otherwise stated, all or any information, text, video, audio, animation or image files on this website are provided for private or educational use only. Any other uses are prohibited without authorization from the Aquarium including: reproduction; redistribution in any manner; storage in any medium; extraction; and alteration in any respect.”

I am not a lawyer, and it is not my intention to attempt to predict the outcome of this case, nor to take sides in the dispute over the cetacean policies of the Vancouver Aquarium. We will have to await the outcome of the suit, unless there is a settlement, to see what the Court determines. Almost anything can be argued to have some educational purpose, so a ruling in this case would be instructive in providing some guidance on the scope of the educational fair dealing exception. As this case clearly shows, an overly broad, undefined educational exception can cause problems for both copyright owners and users.

It is clear that one of the Aquarium’s principal objectives, given the editorial slant of the film, is to get it taken down and by filing a copyright infringement case seeking an injunction, the internet platforms hosting it are more likely to comply immediately (as indeed Vimeo appears to have done). Ironically though, by bringing this suit the Aquarium has ensured wider publicity for the film, almost guaranteeing that more people are likely to seek it out. Even when taken down, given the nature of the internet, persistent searchers will have no difficulty in finding a copy. Perhaps the Aquarium felt it had no choice. Meanwhile, the issue of whether or not the Aquarium is treating its resident whales humanely and appropriately has become somewhat of a side issue, at least from a legal perspective.

And what is the moral of the story? If you are going to practice aggressive investigative journalism or film-making, and your target is likely to be unhappy with results of your work, you had better be careful to stay not only on the right side of the laws of libel—but also to take due and careful account of how you are using the copyrighted material of others.

3 thoughts on “A Whale of a Tale…a Copyright Tale”